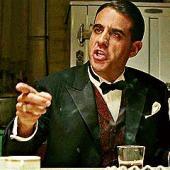 What is your concern about Identity.