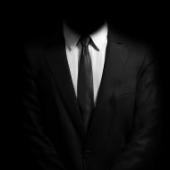 I haven't posted in a while (almost about a year) I see that the progress is now at 89%, they are so close! I still have not invested in the game and will hold out until the final released or the paid beta.

Anyway, my question: How will the weapons in the game be categorized? Like Real Life? Machine Gun, Pistol, and Rifle (going with what the US ATF considers each therefore an Uzi would be considered a automatic pistol). Or with your own categories. Also would the guns in the game be based off real guns, the real guns, or totally made up. To me I would prefer if the guns were real name, fire rate, recoil, etc. Also will there be world modification say if I wanted to blow up a bridge in the game to stop a convoy of illegal contraband from crossing it, could I and would the bridge be gone until a highway crew fixed it? Also will there be Chainsaws to cut down trees? Pepper spray to stun a player with bad intentions?

This has been about more than weapons, but this stuff matters.

9 answers to this question