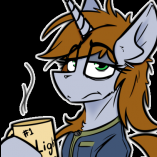 Will vehicles such as cars be able to deteriorate overtime from lack of care/maintenance to eventually the point where you have a junker in your hands and pretty much have to find a new replacement car? While I believe, if its a feature, it should be a very slow process; it really would be neat to see appear in the game. Economy is suppose to be as accurate as it can be and I can see this greatly effecting the wealth of some players. Another question I wanted to ask is if vehicle repairs will be cheap and easy or more demanding. Say you got into a collision with a street pole and now you have a nasty dent in your vehicle. Will the damage be persistent forever until repaired for a costly amount (especially without insurance) or will it be something cheap like a $100 quick fix. I'm hoping for the more realistic path of the two.

Now that I think of it though, could city destruction fines be issued to players for collisions with items like lamp posts or signs?

1 answer to this question