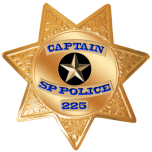 The State of Identity (From a concerned citizen)

By MrScoletti, December 2, 2018 in The Town Square