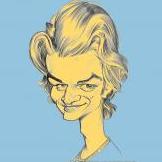 By DoctorFosterGloster, January 10, 2016 in The Town Square