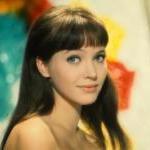 Ideas that don't require their own thread - MEGAthread