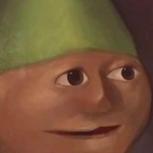 Does anyone know how much memory and graphics is required to run the game?

4 answers to this question